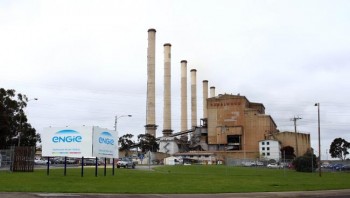 Latrobe Magnesium (ADAA Member) is hoping the coming closure of the Hazelwood power station will help spur a $12 million Victorian government grant that will let it ­finally start building a $40m pilot magnesium plant that would process Hazelwood’s fly ash waste. If successful, Latrobe Magnesium (LM) is planning a $325m plant that will likely employ 300 people from the region.

In a preliminary feasibility study released this week, Latrobe said it planned to build a 3,000 tonne a year pilot plant that would break even or turn a small profit and would require about $40m of funding. Mr Paterson said the company had qualified for a commonwealth rebate worth about $16m and had requested a $12m grant from the state government Regional Development Victoria $500m funding programs whihc could be used to support the Latrobe Valley in the wake of the Hazelwood closure. The remaining $12m will need to be funded through equity and debt by the company, which has a market value of $33m.

As well as getting the Regional Development Victoria on board, Latrobe needs to sign a formal deal with Hazelwood’s owner Engie to secure the fly ash currently stored in onsite dams. Another potential area of support could be through the Victorian Resources Minister.  Whilst Minister Wade Noonan is aware of the project, Latrobe Magnesium have not yet made any application for assistance. “We’re working hard to strengthen the economy of the Latrobe Valley through our $266m package to create local jobs, grow local businesses and attract new investment,” Mr Noonan said.

Latrobe says it can begin construction of the plant in May if things go to plan.