February 17th 2022, saw an announcement from ADAA Member Origin Energy (OE), revealing a notice was submitted to the Australian Energy Market Operator (AEMO). This notice indicated the potential early retirement of the Eraring power station seven years ahead of schedule.

The iconic Eraring power station is the largest in Australia and accounts for approximately 25% of the New South Wales power requirements, generating a total capacity of 2,922 MW. Eraring was acquired from the NSW Government by Origin in 2013 and stands alone, being their only coal-fired power station.

Origin says the proposed exit from coal power represents the rapid transition to a cleaner future that employs naturally sourced energy outputs and recycled materials. In a recent press release, OE said, "Australia's energy market today is very different to the one when Eraring was brought online in the early 1980s. The reality is, the economics of coal-fired power stations are being put under increasing, unsustainable pressure by cleaner and lower-cost generation, including solar, wind and batteries," they said.

The eventual closure of this iconic power station may be the end of an era but doesn't come without presenting considerable opportunities. The closure presents the chance to shine a light on the beneficiation and recycling of the station's considerable amount of coal combustion products (CCPs) commonly known also as 'coal ash', stored in the site's ash repository.

OE has a history of repurposing the generated and stored CCPs which are by-product of burning coal. OE's Long Term Ash Management Strategy (LTAMS) showed in the financial year of 2020, OE's CCP reuse rate increased from 35% to 40%, positioning them as large recycler of CCPs in NSW. For the past 40 years CCP generated within the site have been captured, processed and supplied to the cement and concrete industry.

Post closure OE has stated its intentions to continue the supply of stored CCP to these suppliers. Enabling this to occur the Ash Development Association of Australia is working closely with OE and other NSW based generators -- working in partnership with the NSW Governent and other stakeholders to explore possibility of harvesting and processing these repositories -- thus continuing to support the well established markets for CCPs, supporting our commitment to the circular economy.

Craig Heidrich, CEO for the Ash Development Association of Australia said ''there is more than 650 million tonnes of CCPs stored in exploitable managed repositories across Australia.  At the current consumption rates of CCPs, there is more than 250 years of CCPs which can be recovered and used to conserve finite natural resources for future generations".

OE has made its intentions clear that the harvesting of CCPs remains a high priority despite the early closure in their most recent press release. 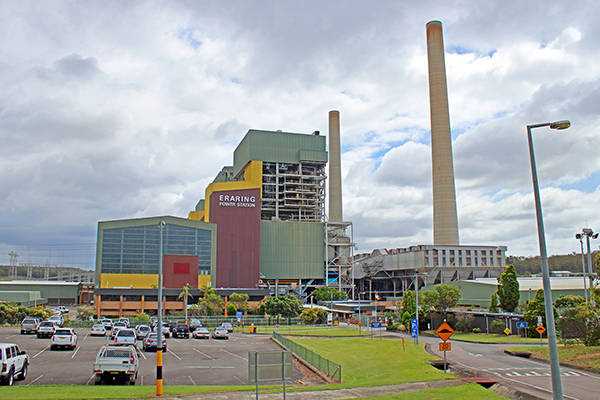 MORE INFO ABOUT THE FUTURE OF THE ASH AT ERARING

The future of Eraring's ash remains certain, with sights set on transitioning to a battery source as renewable energy plays an increasingly more important role in the future of energy generation. OE has stated, “We have carefully weighed Eraring’s future for some time, which has included extensive consultation with the NSW government to identify what options might exist for the future of the plant. To enable Origin to support the market’s continued transition to renewables, we intend to utilise the Eraring site beyond any retirement of the coal-fired power station, with plans to install a large-scale battery," they said.

In the meantime, OE assures that a roadmap is set to ensure the closure is conducted appropriately and at the right time, assessing future market predictions over time and ensuring the right decision is made.

Though no final decisions have been made, the inevitable closure of Eraring presents an array of opportunities for both the station and its ash dam. With the ash being put to use, OE's contribution to the development of ash usage in Australia is profound. This transition also allows room for the development of new technological advancements to be surfaced. While the premature closure of Eraring is unfortunate, it will ensure the industry continues to adapt to the ever-changing landscape of future energy development.