Fly ash has stepped up to the challenge once again, being utilised as the specialised concrete for an innovative bridge-replacement project in Montana, U.S.A.

The specialised concrete was developed by Montana State University (MSU) engineering researchers, Mike Berry and Riley Scherr back in January 2018 in the MSU concrete lab, in collaboration with the Montana Department of Transportation (MDT) as part of a federal initiative to encourage states to adopt ultra-high performance concrete.

Understandably, this material has been around for a number of years but has only been available as proprietary mixes for certain contractors, evoking a material that is expensive and not always readily available.

Evidently, with the need for a newly developed mix, MDT asked Mike Berry for help in establishing a non-proprietary and affordable version of the material that could be used by local contractors. 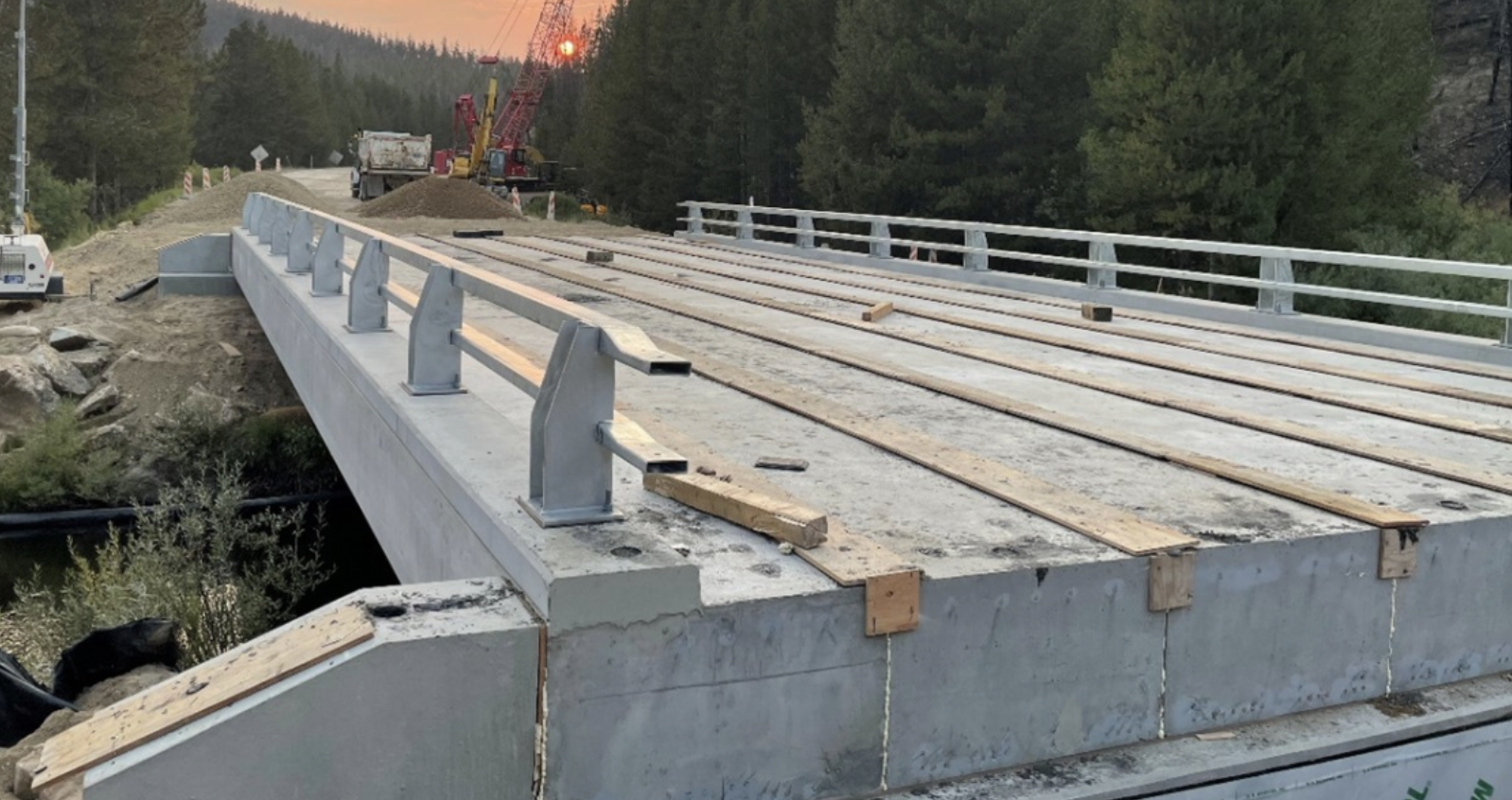 It was a large feat for the team but with persistence and vigour, their intentions soon became reality and an MSU-developed ultra-high-performance concrete was forged.

Mike Berry describes the material as "normal concrete on steroids", detailing the technical evolution of the specialised material, explaining, "Fine particles of bi-products like the fly ash from coal-fired power plants fill in tiny voids surrounding the larger particles in the concrete to create a dense mixture, while polymers allow it to flow with less added water and needle-like filaments of steel bond the otherwise brittle product together once it has cured. Still, sourcing the ingredients and developing a process for reliably formulating and mixing the material was a challenge," he said.

The next step was applying the material to a real-life project with the selection of the Trail Creek bridge replacement on Highway 43 near the town of Wisdom, Florida. This bridge replacement presented a critical link between the Bitterroot and Big Hole valleys and was the first infrastructure to trial and test the specialised material.

The project was facilitated by Mike Berry's team, consisting of Kirsten Matteson, assistant professor of civil engineering, MDT, and the project contractor, Tyler Baumberger of Dick Anderson Construction, who all worked closely to educate the construction workers on how to mix the material to save valuable time in the field.

Credit: Informed Infrastructure - The development of the High-Strength Concrete in 2018

The utilisation of the ultra-high performance concrete saw the joining of several long concrete slabs that formed the bridge deck as well as bond the deck with metal pillings that were pre-drilled to expedite construction. The material's ability to cure to a high strength within roughly a day made it possible to open the new bridges for traffic 12 hours ahead of the 96-hour target for completion; an extremely short time for replacing a bridge.

The material supplied the bridge with substantial benefits including significantly stronger concrete, enhanced durability, and a cost-effective solution due to the material being half the cost of proprietary concrete after factoring in the use of local contractors.

Subsequently, the material enabled the success of the project and resulted in MDT's partnership with MSU being recognised and presented with an award by the American Association of State Highway and Transportation Officials during the organisation's annual meeting.

Mike Berry commented on his gratitude for the award explaining, "It's exciting to receive this recognition...It's really the culmination of years of research and collaboration, he said.

Lenci Kappes, an MDT engineer who worked on the project, emphasised MDT's plans for the future, explaining, MDT is eager to continue ways of using the material, including for resurfacing bridge decks to increase their lifespan and reduce long-term maintenance costs, he said.