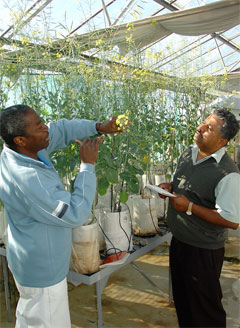 The use of CCPs, particularly FA, has significant environmental and crop production benefits arising from its use in amending the structurally weak soil.

Due to the dominance of silt-sized particles and the porous nature of the components, the addition of FA can help to increase the water-holding capacity and modify the permeability of otherwise unfavourable soils. This will increase the level of water infiltration and retention while decreasing the rate of water loss in agricultural and horticultural applications. The addition of ash to sandy soils, for example, can reduce episodes of moisture deficit, and also aid the retention of nutrients such as nitrate, ammonium and phosphorus in the rooting zone, leading to increases in plant yield and a range of associated economic and environmental benefits. Ash may also be used to increase the porosity and permeability of clay-rich soils, lowering bulk density, providing better water infiltration and increasing the aeration level.

Additionally, alkaline CCPs can be used to change low soil pH, providing chemical nutrients otherwise lacking in the soil, making up deficiencies that might arise due to prolonged weathering or extended cropping. 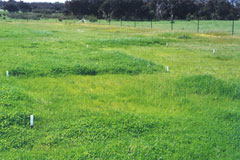