Newly licensed technologies developed at Purdue University could make use of Indiana’s growing amount of coal ash through new technology. 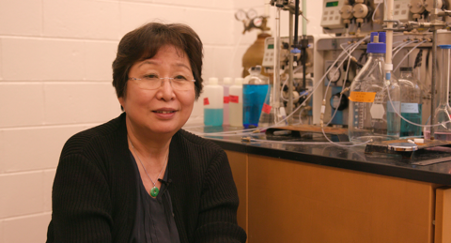 “I am very pleased to see it move from the laboratory to licensing and provide an important environmental value for processing and purifying of rare earth elements,” said Dr Wang.

If you are unfamiliar with REEs, they are essentially a set of 17 metallic elements that are required to make cell phones, computer monitors, fibre optics, lasers, medical imaging and various other products. Coal ash naturally contains high concentrations of REEs because of the burning process of coal, meaning that this new technology allows for the coal ash to be repurposed. As a result of this, circular economy principles are being promoted.

The research all began in 2006 with American Resources’ purchase of a mining complex in Eastern Kentucky. Ever since then, new ways to move into the REE market have been sought after.

“The technology developed at Purdue University under Dr Wang and her great team allows us to separate and purify REEs in a greener method than traditional solvent-based separation methods,” said American Resources CEO Mark Jensen. “Additionally, this technology is specific to our feedstocks that are entirely focused on recycling and reprocessing waste material from coal waste, coal by-products, and waste permanent magnets and lithium-ion batteries”.

Indiana has more coal ash than any other state in the US and utility plants require large sources of cooling water to operate, which has led to their being built along all the major waterways in the state. Several spills have been reported, and incidents of coal ash contaminating ground and well water have also been reported across the state which is why it is so important for this ash to be used in other projects- to prevent occurrences such as this.

Currently, China controls more than 80% of the world’s supply of these minerals, while the U.S. produces only three of the critically needed minerals. This is mainly because REEs processing facilities are hard to come by. The standard process is expensive and not environmentally friendly.

A new story by the Financial Times reported that the Chinese Ministry of Industry and Information Technology has proposed possibly limiting production and export of REE to see how much it would impede U.S. defence contractors. This sparked concern as the supply chain for REEs would then be compromised.

Dr Wang’s technology offers an environmentally safer alternative to process and purify these elements and also providing an opportunity for the U.S. to become less dependent on China as a supplier.

US President Biden signed an order asking for a review of the supply chain for REEs and ways to make it more secure, resilient and diverse. Wang’s technology could help address some of these issues, while also supporting the circular economy through repurposing the coal ash.